Divorce is the legal termination of a marriage by a court or other competent body. There are several reasons people give for their decision to end their marriage. These reasons can be categorized based on the issues that accompany them into:

This shows that the same issues that affect relationships also affect marriages and if one has a problematic relationship owing to the aforementioned issues, that person is very much likely to have a broken marriage.
That being said, though there has being a significant rise in divorce and relationship breakup, it does not mean every marriage or relationship is doomed to fail.

There are practicable solutions for divorce that couples can engage in to save their marriage or prevent it from going in the direction of divorce. Before diving into these solutions, one has to first understand divorce in its entirety. That is why I will be discussing it in detail in this article. Just keep reading as I unfold every bit of this topic to you.

This is when one’s life is being threatened by his or her partner. Most times, it begins with words that lead to inflicting injuries or death. Domestic violence is a credible and legal reason for divorce

This is the situation whereby in a marriage one of the partners abuses the other partner or the children physically, verbally, or mentally.

This is the act of adultery or unfaithfulness in marriage. The act of infidelity is presently on the rise and it is as a result of a lack of contentment with one’s partner.

This is when one of the partners cannot control his or her negative emotions and as a result of this inflicts pain on the other partner or the kids.

5. Living Apart For More Than 2 Years With Agreement

This is when partners in a marriage decide to separate for 2 years.

This is when married partners live apart for more than 5 years and decide they can no longer continue as a married couple.

This is a situation where one partner in marriage leaves the other without his or her consent, but for the sole aim of ending the union.

In this case, the dissolution of a marriage does not need evidence of wrongdoing by either party.

All the reasons for a legal divorce mentioned above are also valid reasons for getting a divorce. In addition to them are the following reasons.

This is the situation whereby one of the marriage partners becomes mentally imbalanced and the other partner decides it is best to move on with his or her life by ending the union.

When one of the spouses in a marriage commits a crime and is convicted. The other partner can decide to end the marriage.

If the foundation of marriage is built on lies, it will come crumbling down when the truth starts to unfold. This is the case of David who told all manner of lies to Boyle to get her to marry him. Boyle never knew that David wasn’t working and the person he claimed to be his parents were his friends he paid to act in other to get Boyle’s parents to accept him.

Boyle’s dad was a man of principles and never wanted his daughter to marry from a broken home. David knowing all this staged a drama to convince him and soon enough got married to his daughter. Months after marriage, Boyle visited her friend from college and saw a picture on her friend’s wall. The man in the picture happened to be her supposed in-law, but when she mentioned this to her friend, she said no! He’s my stepdad.” He got married to my mum after my college year (that was about ten years ago). He had never been married until he married my mum. She added Boyle ran off to her father and told him everything.

You can guess the end they got divorced. Because Boyle’s dad couldn’t allow his daughter to be married to a liar.
Imagine if David had told Boyle the truth………She would have convinced her dad to accept David because she was genuinely in love with him.

2. Lack of Trust And Communication

When trust is not in a marriage then couples stop communicating and this causes suspicion to set in. if a partner suspects the other’s every move, everyone he/she talks to, and everything that’s around him or her, soon enough emotional strain will start to set in and the marriage will pack up.

As love is important in relationships so is money. Some couples argue and fight when the issue of finance is raised in the home and this causes unusual strain in their marriage.

When one partner decides for whatever reasons to inflict pain on the other partner or the kids. And in some cases threaten their lives, it causes fear and hate to exist in the marriage, and will eventually lead to the breakdown of such a union.

Drug addiction can also cause a marriage to break down.

Incompatibility is not being able to get along. When partners in a relationship cannot tolerate themselves because of their deep-seated differences in ideology, character, and mindset, such a relationship is bound to break.

No relationship built on lies will be able to stand the test of time. Some time ago, I was discussing with a friend of mine about why divorce is on the rise and he mentioned to me the case of a certain lady called Lillian. She was six years older than Zack the man she was to marry but she never told him.

Zack asked Lillian about her age while dating but, because Lillian knew Zack wanted to marry a lady he was older than, she lied. These two couldn’t have children after eight years of being married. Soon after Lillian started having issues with fertility, Zack insisted they had to go to the doctor. On getting there he was told that Lillian’s system was changing as a result of her age.

Zack started finding more details about Lillian. Soon after he found out her true age after stumbling into her old documents and getting back to her alumni. This resulted in a disastrous breakup.

This causes lack of trust to set into a relationship and eventually leads to its destruction.

To enjoy a long-lasting marriage, one must learn to forgive. See things from your spouse’s point of view sometimes. When there’s a matter, oftentimes some persons try to prove a point and want their partner to see it as they do.
This might however end up causing more problems. But when you try to put yourself in the shoes of your spouse, it will enable both of you to understand each other better and cause peace to reign in your midst.

As simple as the word “sorry” might sound, it’s difficult for some persons to say. One thing that keeps my marriage going despite the weaknesses my spouse and I have are the golden words “ I’m sorry”. These powerful words have worked for me to date.

It always pays when couples are truthful because this way they have nothing to hide and can live in peace and with their minds at rest.

Always contribute to each other’s visions and dreams.

Your mood determines how your home will be. A happy couple makes a happy home. For details of how to live as a happy couple read this article titled: Secrets Of Happy Couples.

Chose to stay committed to your spouse and always uphold your vows. Also, flee from tempting situations.

You can avoid divorce by communicating with your spouse. When you two communicate, you reduce the chances of fighting, quarreling, and allowing intruders into your home.

8. Listen Before You Speak

No matter the issue, learn to listen and not jump to conclusions. When you listen more, you get to understand each other better and you live in peace.

Never raise your hands to your spouse as a solution to a dispute. Violence will add to the issue instead of resolving it.

When you feel like talking to someone, you can talk to a counselor who will guide you on how to improve your marriage life.

12. Improve In Your Romance

Sometimes the reason for divorce is lack of intimacy. Ensure you improve in your lovemaking. Don’t allow it to be burdensome in your marriage.

As lovely as your family may be, never give them one hundred percent access into your marriage. If possible, never allow them to know about the quarrel you had with your spouse. When there’s an issue, your family will always want to take your side (trying to prove that they know you) thereby making your spouse feel less or alone.

Storms in marriage or relationships are part of life and are inevitable, they make partners know each other’s weaknesses and strengths. How you calm the storms in your relationship shows how much you believe in the relationship. One of the toxic effects of divorce is that it leaves a long-lasting negative effect on the children.
Below are the factors that need to be considered when thinking of divorce. 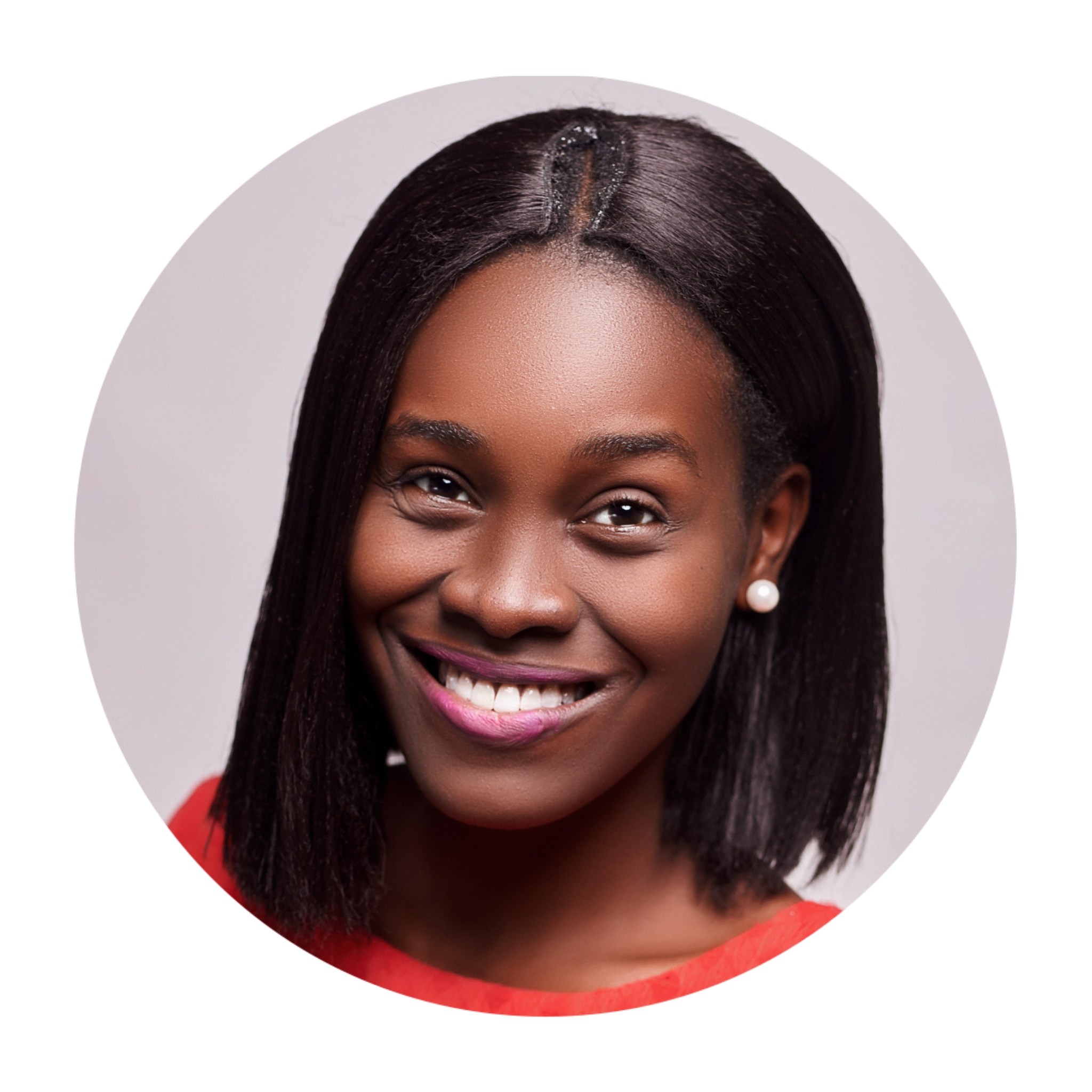 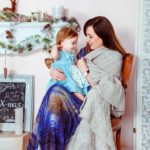 10 Parenting Tips To Get Your Kids To Behave Without Yelling

How To Have A Healthy And Belly Only Pregnancy 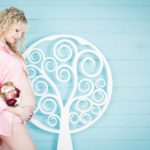 All You Need To Know About Pregnancy Stretch Marks